The performance based on 10 original songs of the Blum Theater Studio. It is a kind of concert interwoven with play with children, using sound, movement and, above all, emotions and imagination.
Written and directed by: Lucyna Winkel and Katarzyna Pawłowska
Songs (lyrics and melodies): Lucyna Winkel
Musical arrangements: Jarosław Kordaczuk
Choreography: Dorota Michalak
Starring: Katarzyna Pawłowska and Lucyna Winkel
Duration of the performance: about 30 minutes.

Project co-financed by the City of Poznań 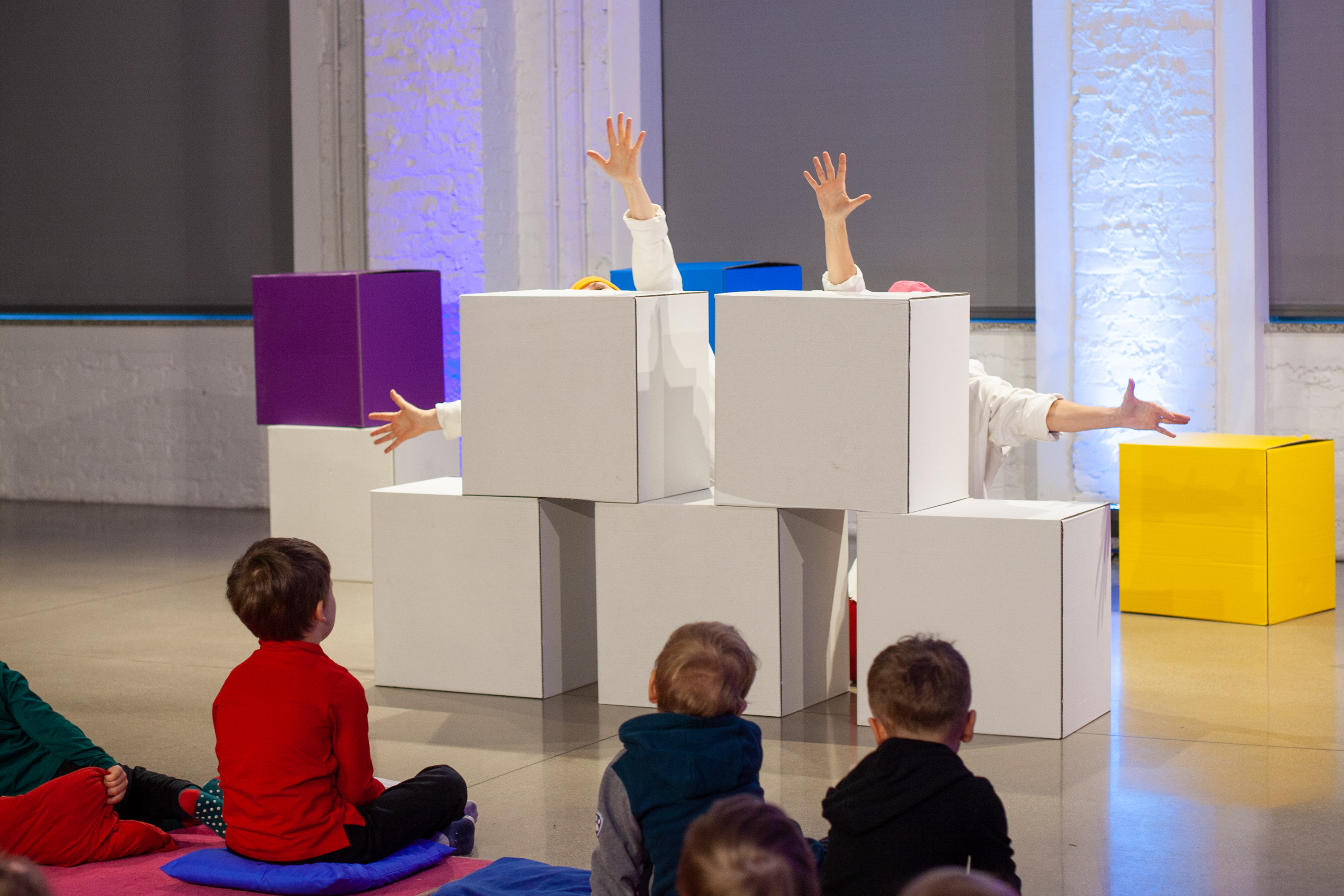